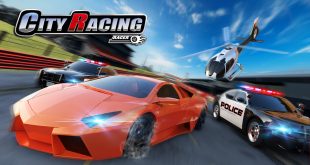 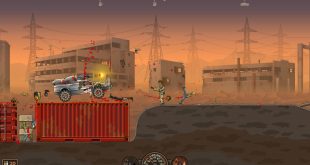 Contrary to what most people believe, playing chess isn’t reserved only for the smartest or people of advanced age. The strategies and the calculation before making your move make you almost at the level of generals and commanders who find strategies to beat their opponents when at war. Chess Free is one such game that affords chess with random players or friends, even when you’re miles apart.

How good is it? Well, it did win awards in 2013 and 2015 for development, and there’s a reason why it did. Let’s take a look at this review and see how it managed to become a multi-awarded app.

Chess Free Gets You Started with a Tutorial

While long-time players will probably get started right away, playing with friends or with randoms, there are those who could use a refresher or even a beginner’s course. They’ll find that this app; features a ‘chess tutor’ that helps beginners learn the basics of the game. Even long-time players might find themselves some new tactics to use if they take a look at it. It’s a useful and welcome little addition to the game.

This app doesn’t require any payments to download and unlock, and the ones that have payments are probably – well, the developers have to make money somehow. It also offers a range of levels from Novice to Expert, all free of charge. Beginners to Seasoned Pros will be amazed by the level of work that is put in the app, and it also keeps track of players’ progress.

Graduate from Level to Level
Chess Free also tracks which level of player you might be, based on your frequency of playing. From Casual, you might go to Pro, and so on. There are also other features that make you feel like you’re playing in real-time.

The Undo Function can undo a move you’ve made by mistake. You can also review the board using Review Game and then, there’s the Analyse mode, which lets you take a closer look at your game plan.

From Device to Device, Play is Supported

Players won’t have to worry if they plan to upgrade their unit. Transferring progress and stats is as simple as stowing your old phone away, loading up your new unit, download the game, and you’re all set – you’ll pick up from where you left off. It can also generate an ELO Rating if you frequently play in pro mode against the AI, which can be a big challenge too.

While not perfect, as there are still third-party ads and other Web-based, battery-heavy advertisements, the Chess Free app allows you to store your data and track where you’re going as a player. Go through a session with the Chess Tutor to develop new strategies, or stick to your tried and tested strategies for an interesting take against enemies.

If you’ve nothing to do, but still want to flex some mental muscles, go for this app. The stunning graphics and superb sound aren’t the main reason why it became one of the most downloaded apps in 2013 and 2015.